Supermodels Gigi Hadid and Kendall Jenner can do more then just walk the runway.  While out and about having lunch on the boardwalk in Cali, the two girls discovered the next best thing in male modeling.  A near homeless guy, 19 years old, John Economou is their latest creation.

“One of the girls said to me, ‘You’re cute,’ so I turned around and we struck up [a] conversation,” Economou explained to The Daily Mail. “I didn’t realize who I was speaking to at first and it finally clicked who it was … Kendall was cool, she was super down-to-earth and chill. We were just having a normal conversation talking about life, acting, modeling, personal lives.”

He’s now been signed with Two Management, all thanks to these do gooder beauties. 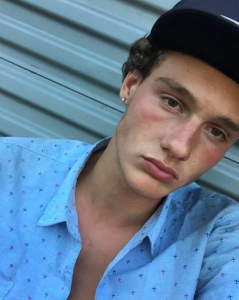