“Honestly, it’s not healthy to spend a lot of time considering anything like that. Again, not to sound totally clichéd, because I know this has been said far more eloquently by other people, but I do really believe that it comes from the inside,” Ryder said. “Of course there are beautiful models to look at, but I do feel like it comes from something else, it’s an inner thing. I don’t know, when I started out acting I really was not—and I’m not trying to be self-deprecating—I was not considered a beauty. I was the opposite of what was going on in film. In the ’80s, it was all about blonds and a very different look. The first five things I did, I was cast as what was literally described in the script as ‘the ugly duckling.'”

Well, if thats not great news we don’t know what is.  Winona Ryder the 80’s / 90’s movie icon will be gracing advertisements everywhere as the new face of Marc Jacobs Beauty.  With only one photo, from the Marc Jacobs Instagram account, there is a lot to be left up to the imagination, but we expect great things from this great beauty. 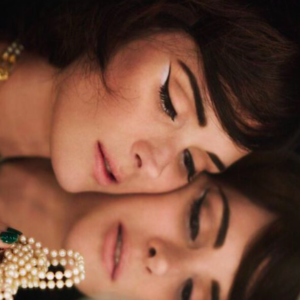