When you’re best friends but you’re also models, what else is there to do besides start your own fashion line! Thats exactly what Kendall Jenner and Cara Delevingne have decide to do…and in honor of their names it will be called CaKe. Being two of the most photographed people in the world we see success in their future and are looking forward to what they come up with!

“Kendall is the driving force behind the brand. They both see it as a bit of fun but are secretly confident it will do well,” a source told The Sun. “They’re two of the most photographed women in the world so the brand is going to be picked up by millions of fans. The ultimate aim is for CaKe to have its own stores in the U.K. and U.S.” 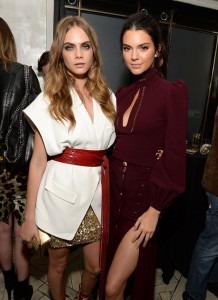