Liam Hemsworth, in an interview for Men’s Fitness, Liam basically implied that the love he has for Miley will never die. “I mean, look—we were together five years, so I don’t think those feelings will ever change. And that’s good because that proves to me that it was real. It wasn’t just a fling,” he said. “It really was an important part of my life and always will be,” he continued. “She’s a free spirit. I think she’ll always surprise people with what she does, but she’s not a malicious person in any way. She’s a young girl who wants to do what she wants to do.”

After almost 2 years of being separated the couple that was engaged to be married has been seen spending time together and even the New Year! With Miley’s new look, that is a mirror of her past self, this new love that grew from an old relationship may be something to watch! 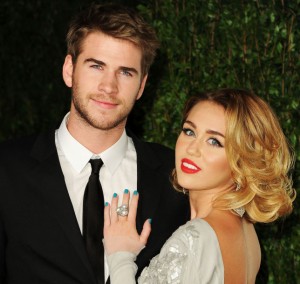