Marc Jacobs has announced the star of his spring campaign and its none other then Dan Donigan, otherwise known as Milk, the Ru Paul’s Drag Race Season 6 alumnus.  The new campaign is a simple series of portraits that the designer is using as a “personal diary” and celebration of America.  Jacobs wrote on his Instagram that his “unique, artistic drag sensibility” had reminded him of his earlier club days.  Two weeks ago Jacobs  announced another face of his campaign, transgender director Lana Wachowski. We love Marc Jacobs for his carefree decisions and epic intensity. 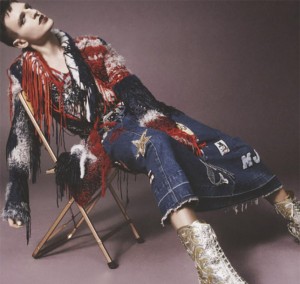