Kate Moss’ little sister Lottie Moss is making a splash on the model scene.  The mini moss has been announced as the face of Botkier’s Spring 2016 campaign.  Botkier’s luxury urban style will be releasing its first photo campaigns in early February.  It will feature images of Lottie at iconic New York City locations, such as Central Park and on the steps of the Metropolitan Museum of Art.

The aspiring model told WWD, “I’ve been a big fan of Botkier since the inception of the brand, so when they approached me to star in their spring campaign, it was a no-brainer for me. The brand’s sophisticated, edgy designs rooted in New York City’s culture resonate well with me.”

We hope the Moss girls decide to do a campaign together! 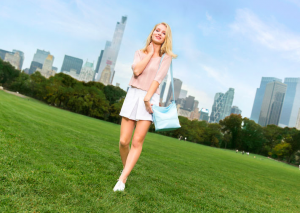