“I have regretted every second since I said OK,” he told Deadline in May.  “It’s been so hard for me.” Well, Woody Allen may not be too excited about his upcoming TV series but we are.  Set to start filming in March, the show will be se in the 1960’s and will run 6 half hour episodes.  Other then that, the only thing we know is that Miley Cyrus will be starring the series, she’ll star opposite Allen and writer-actor-director Elaine May, who previously worked with Allen on his 2000 film Small Time Crooks. 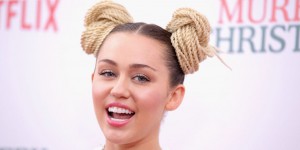