The second and third installments of Fifty Shades of Grey are about to set to start filming back-to-back, and the cast announcements are coming out one by one keeping us on our toes and excited as ever.

Last week it was announced that Bella Heathcote will be playing Christian Grey’s dangerous ex-girlfriend, Leila Williams, in Fifty Shades Darker, the second of the series which is set to be released next February.

Even more exciting, its been let known Arielle Kebbel has been cast to play another girl-threat to Anastasia Steele, Gia Matteo, in the third installment, Fifty Shades Freed, which is set to release in February 2018.

We can’t wait to see what spicy drama comes along with this cast! 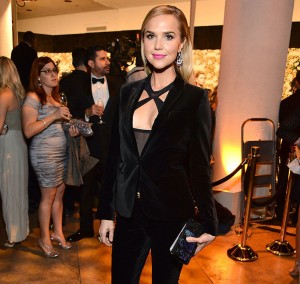