Lea Michele and Matthew Paetz, just broke up after a solid two years of dating.  The two sweetheart stars had been inseparable ever since they met on the set of Michele’s ”On My Way” music video in 2014.

Paetz, Los Angeles-based model, was reportedly a huge impact in helping her heal following the tragic death of her then-boyfriend and Glee costar, Cory Monteith.

According to Us Weekly, the split came very suddenly for Michele, who was “blindsided” after gushing outwardly about their romance during a podcast interview in January. 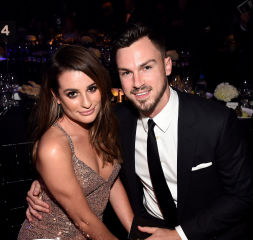