As the host of the 88th Academy Awards Chris Rock, did not leave any stone unturned, nor did he ignore the elephant in the room “#Oscarssowhite”.  He took to the stage and cracked jokes about everyone from Leo to the Smiths (for not showing up) and of course at the Academy.  It was the most politically correct comedy we’ve ever seen and have put together a list of the top 10 things he said throughout the night. 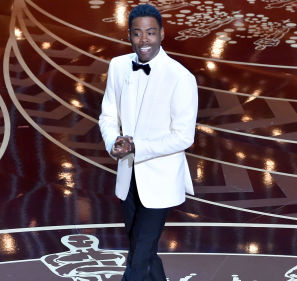