Instead of playing off the amazingly good vibes of his winning night at last month’s Grammys, Kendrick Lamar made a shocking decision last night with the release of a surprise album, Untitled Unmastered.

The record features eight tracks, each called “Untitled” and followed by a date which goes from May 28, 2013, until September 21, 2014, we’re guessing the dates they were recorded.

Lamar has already given phenomenal performances of two of the tracks, playing “Untitled 03″ on The Late Show, and “Untitled 08” on The Tonight Show. It is still a shock because no one thought these songs were a clue that a follow-up to To Pimp a Butterfly was coming.

Check it out Here. 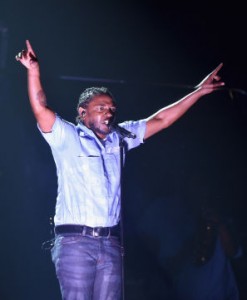