Skip to content
Home » FAME » Music » Will Ke$ha be Freed?

Pop artist Ke$ha has received lots of press lately, following her sexual assault accusation against producer Dr. Luke. If you don’t know what happened, here is the condensed 101 version: Ke$ha requested an exit from her contract that was denied and had many of us thinking Sony would require her to make more albums with Dr. Luke. Obviously a very uncomfortable situation for all parties involved! There are rumors that Sony will ultimately part ways with Dr. Luke, allowing Ke$ha to continue with her contract. Many celebrities have spoken out in support of Ke$ha including Taylor Swift and her producer Jack Antonoff, Ariana Grande, and Lady Gaga who has recently spoken up about her experiences with abuse as well. 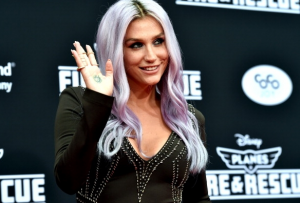