Canadian twin duo Tegan and Sara have set a release date for their eighth studio album, ‘Love You to Death.’ This is their first album since their major release ‘Heartthrob,’ which debuted #3 on Billboard in 2013. Since then, they appeared on the catchy “Everything is Awesome” tune from the Lego Movie (you know the one that got stuck in your head for days), and featured on several tracks with associated acts including Bleachers. The album is set to launch June 3rd, and the first single is set to arrive on April 8th. The duo released the official announcement and album artwork last week in addition to some tour dates in support of the release. So far the group is playing LA and NY, with more tour dates and a pre-order coming soon! 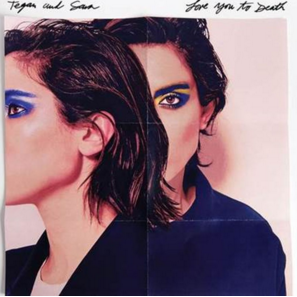 “Closer” by Tegan and Sara