Remember Amber and Kanye‘s epically hilarious Twitter battle? I hope you do, because this just got juicier. Last week, Kim Kardashian West posted a nude selfie that broke the internet. Some applauded her, others not so much. Singer and recording artist P!nk criticized Kim for the selfie, and Amber Rose came to the rescue. Rose is a former stripper and has recently spoken up about several women’s issues including feminism and the judgment many women receive for the amount of relationships they’ve been in. Basically, Rose reminded P!nk that she, too, often wears close to nothing and said what’s what; but doesn’t she have beef with Kanye? Why is she defending his wife? In an interview with Complex, Rose remarked that, “I feel people make a big deal out of it because it’s me and Kim, but I would have done it for anybody.” She said, “I’m not just a feminist when someone is super famous, I’m a feminist every single day of my life… I felt it was fucked up and needed to say something regardless of our past and the fact that I dated her husband five years ago, six years ago.” Thank you, Amber Rose, for speaking up and being awesome. 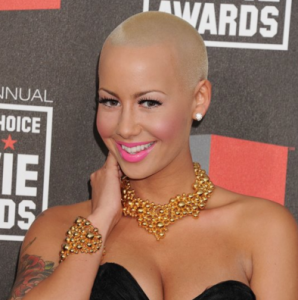