If you didn’t know, Netflix is releasing their own series based on A Series of Unfortunate Events. These novels were a massive part of any early 90’s kids’ childhood and so we are absolutely stoked. The series will be 13 episodes and filming is to begin this month. It has been announced that they have finally casted Count Olaf for the series and it is none other than Neil Patrick Harris. Others in the cast include Patrick Warburton from Family Guy as Lemony Snicket. More updates to come! 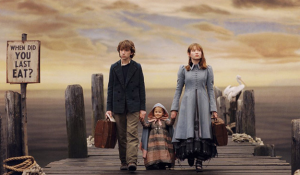