This is not a drill. There were rumors about Shia LaBeouf’s engagement to Mia Goth last year, but US Weekly assures us it is more than rumor this time.

According to US Weekly, someone spilled the beans says LaBeouf mentioned he and Goth were engaged to a cashier at Gelson’s AND apparently she had a ring on her finger. He also supposedly called Goth his ‘fiancee’ during a live stream last month.

This couple has been through a lot together, but it looks like they are working things out. Congratulations! 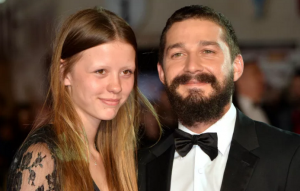