Our favorite alternative singer-songwriter Halsey has deactivated her Twitter account. The artist is known for being outspoken on the site about serious issues such as mental health and sexuality. We don’t exactly know why she deactivated her account, but many believe it is because of all the negative comments directed towards her on the site. Her deactivating the account started the creation of the hashtag #HalseyDeactivatedParty, where you will find avid supporters and those who were happy about her disappearance.

Halsey has received a lot of support on Twitter, but when discussing her mental health issues and contemplating suicide, many even suggested she take her own life. It’s no wonder she left, though we miss her. You can still follow her on Instagram at @iamhalsey. 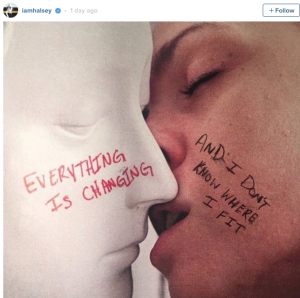