Taylor Swift released her album 1989 in 2014, and just released a music video for one of the songs on the album, “New Romantics.” It’s pretty late in the game but she’s Taylor Swift and can do as she pleases.

The video is a great summary of her life since 1989, covering her tour. The video is an Apple Music exclusive, so unfortunately, you would need a subscription to see the whole thing. You can check a preview on Apple Music here. 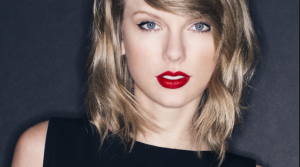