Broad City‘s Ilana Glazer is a queen. When we first heard of her ‘Time Traveling Bong’ as a television show, we didn’t believe it especially because the last time we heard about it was on CollegeHumor in 2012. But, it’s for real.

The miniseries will premiere on April 20th (because 4/20, duh) on Comedy Central at 10:30pm and will feature both Glazer and Paul W. Downs from Broad City. In the show, they are cousins Sharee and Jeff, who go on a trip with their bong that takes them back in time.

You can watch the trailer here. 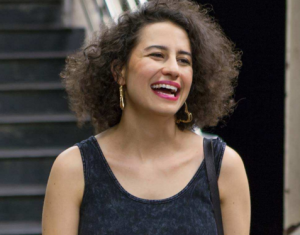