Megan Fox revealed she’s pregnant with her third child, but plenty of rumors are stirring about who the father is after her split with Brian Austin Green, the father of her two other children. The couple split up in 2015, and Fox has not been romantically linked to anyone since then. Many of the rumors surround her being romantically involved with co-stars such as Shia LaBeouf, Jake Johnson, and Will Arnett because women in Hollywood don’t have it easy.

Fox cleared up those rumors by posting an awesome Instagram photo with the hashtag “#notthefather.” 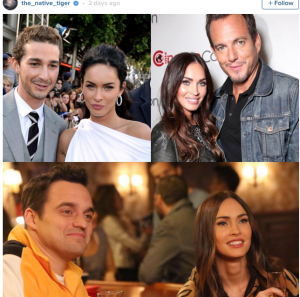