Artist Marilyn Minter has stood alongside fellow artists to support women’s rights, specifically in the realm of abortion law. With continued attacks on Planned Parenthood, Minter has used her art to help liberate women and has enlisted Miley Cyrus for help.

Minter commented on Cyrus’ involvement with the project, saying, “We were trying to bridge the generation gap by involving a young star with young fans—she has 40.5 million Instagram followers. She’s been famous since she was 11 and she’s a great artist, so she doesn’t care about making money—she wants to give back.” 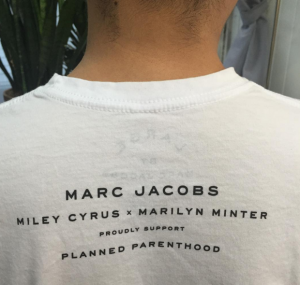