Former president and slave owner Andrew Jackson will be replaced by none other than those he oppressed. Treasury Secretary Jacob Lew announced that Harriet Tubman will replace Andrew Jackson on $20 bills now. There are rumors that the bill that secured women the right to vote will appear on the back of the $10 bill among images of civil rights leaders. So far, Hamilton is staying on the $10, and even Hamilton’s creator, Lin-Manuel Miranda has spoken to Lew about this.

This is monumental and it may not seem like such, because it’s just a $20 bill, but this is a significant move for people of color and women. We aren’t quite sure when these new bills will be made, but it may be aligned with the women’s suffrage movement anniversary in 2020. 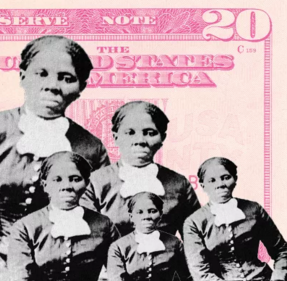