According to In Touch, FKA Twigs and Robert Pattinson‘s upcoming wedding has been postponed. A lot of people in the press are taking guesses at what the cause may be, with many saying it was constant fighting, and others saying FKA Twigs can be extremely jealous.“[She] isn’t the girl for him. She’s very jealous and he was sick of having to explain himself,” the source explained. “He’s still young and just decided he wasn’t ready to settle down.”

We are forced to take this as a grain of salt because of the nature of the source, but it is safe to say that the two are likely over. 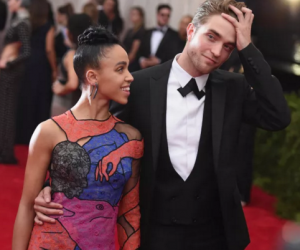