Lil’ Kim has been involved in the hip hop scene since she was 19, and her influence is undeniable. She is now 41 and still making new music. She dropped a mixtape just last month and will be going on tour soon as well.

She has undergone a huge transformation and shared some photos of her new look on Instagram. 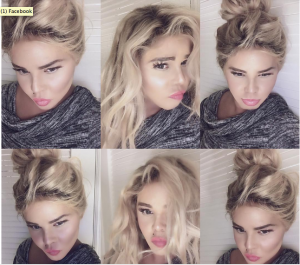 People’s reactions have obviously ranged, but many fans are supporting her. Many fans came to her defense, acknowledging that Kim has suffered from self esteem issues and possibly even body dysmorphia. In an interview with Newsweek 16 years ago, Kim said, “All my life men have told me I wasn’t pretty enough — even the men I was dating. And I’d be like, ‘Well, why are you with me, then?’ It’s always been men putting me down just like my dad. To this day when someone says I’m cute, I can’t see it. I don’t see it no matter what anybody says.”

Here are just some of the fans on Twitter who have supported her. 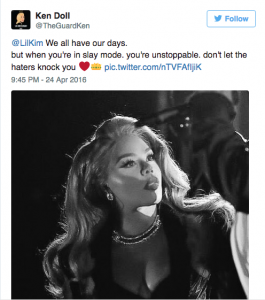