After The Jungle Book’s huge success, Disney is focusing more efforts on its remake/sequel plans. On Monday, Disney made a series of announcements surrounding their upcoming films.

It has been confirmed that Emma Stone will play a role in a Cruella, an origin story that will be similar to the film Maleficent. Kelly Marcel is set with penning the script.

Emily Blunt is set to star as Mary Poppins in Disney’s sequel, which is currently untitled. The film is set to take place twenty years after the classic film of 1964. Lin-Manuel Miranda of Hamilton is also confirmed as a star in this film, with Rob Marshall as director.

Last but not least, Reese Witherspoon is a confirmed star in a new Tinker Bell film, perhaps as Tinker Bell herself.

Additionally, Disney has confirmed a Tim Burton‘s Dumbo, sequels for Maleficent and The Jungle Book, and A Wrinkle in Time. We will keep you updated on any trailers and additional information on these films. Which are you most excited about? 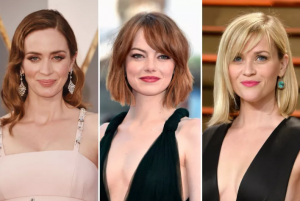