Zedd has confirmed he’ll be releasing a new song on Friday featuring Kesha. He tweeted,“ZEDD & KESHA – TRUE COLORS OFFICIALLY OUT: 4/29,” on Wednesday, with a following tweet proclaiming that music can be freedom.

It’s obvious he is referring to Kesha’s court case with Dr. Luke and Sony Music. Since Zedd is on a different label, it’s a mystery on how exactly he’s going to release this with any issues, but we’ll see.

The two performed “True Colors” (from Zedd’s second album) at Coachella, which leads us to think that the release on Friday may be a remix.

Kesha also posted a photo of the two in the studio with the caption,“It’s a miracle when someone gives you a chance at finding your voice again with no reason other than that he is a f–king beautiful person with a heart of gold @zedd #truecolors.” 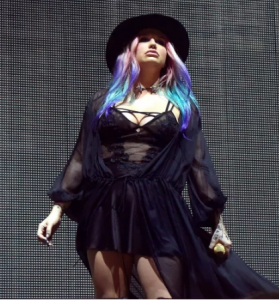