Kanye West and his label Yeezy are some of the few to join the trend of breaking from fashion’s traditional calendar and business model. His Yeezy Season Two collection will not be released for spring/summer the way so many brands do, and instead various pieces of the collection will be released throughout the year.

The brand’s president, Pete Fox, let retailers know about this change via email, saying that the collection“will not be produced in its entirety or launched following a traditional fashion calendar.” We will keep you updated on release dates and any other changes! 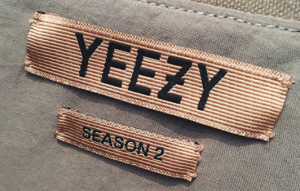