If you haven’t caught up with Game of Thrones, do not keep reading further. This is definitely a spoiler and we wouldn’t want to ruin it for you!

For those of you who are all caught up, Kit Harrington made an apology for last night’s surprise. “I’d like to say sorry for lying to everyone,” he said. “I’m glad that people were upset that he died. I think my biggest fear was that people were not going to care. Or it would just be, ‘Fine, Jon Snow’s dead.’ But it seems like people had a, similar to the Red Wedding episode, kind of grief about it.” That grief, says Harington, shows that Game of Thrones is doing something right.

We had some theories because his name was still in the credits for this season despite his death in the previous, and now we know what’s going on. We are happy to continue to see Jon Snow grow and look forward to what he does next. 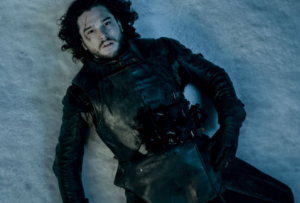