Alicia Keys is finally back with her first single in years entitled, “In Common.” It is cowritten by Keys herself, Tayla Parks, Billy Walsh and Illangelo who also helped with production on the single. Her last album, Girl On Fire, was released in 2012 and it has been a long time since we’ve heard anything new from her so this is a very exciting single. While the new single is out, she hasn’t announced a new album just yet but we are crossing our fingers.

She is scheduled to appear on SNL this upcoming weekend as the musical guest and she is booked to perform at UEFA Champions League Final’s opening ceremony in Italy later this month on the 28th.

You can hear the new single here. Enjoy! 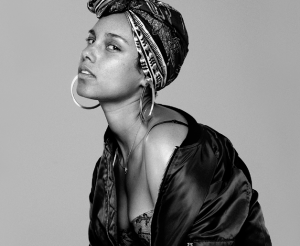