French Montana has released a music video for his song “Figure It Out,” featuring Kanye West and Nas and directed by Eif Rivera. The song first appeared on his mixtape Wave Gods in February and marks his Bad Boy/Epic debut.

In a statement that was released with the video, L.A. Reid, CEO of Epic Records said, “Anyone who has paid attention to the course of hip-hop over the past decade has found French Montana consistently at the eye of the storm. He has funneled his North African roots and Bronx upbringing into a unique presence on hundreds of tracks by artists across the musical spectrum. French has now become one of hip-hop’s core artists himself, and I’m happy to welcome him to the Epic family.”

You can watch the video for “Figure It Out” here. 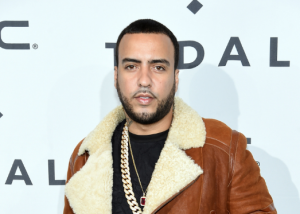