Until recently, we have only seen a few photos and glimpses of Kanye West and Kim Kardashian‘s younger child Saint West. The two have kept the child relatively out of the public eye, that is until someone outside the family photographed him in Cuba.

The photos appeared exclusively in The Daily Mail, and were taken in Cuba where the Kardashians have been spending some down time. The photo itself is not a big deal, as it just shows the family checking in at a hotel with Saint dressed in all white. Why is this photo important then? Because it marks his first steps in his life in the public eye, making him a real Kardashian now. 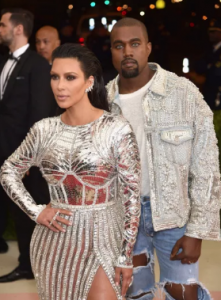