Azealia Banks is known for her insane Twitter rants. She’s recently made a few about being a Trump supporter, and some that are pretty racist. This time she made racist remarks on the platform against singer and former One Direction member and solo pop star ZAYN. First, she accused him of copying her visuals in “Chasing Time” in his video “Like I Would,” but tried to keep it friendly by calling him a “cutie pie.” ZAYN posted some tweets that seem like rebuttals towards her remarks, and then it just got heated from there. She went on a spiral of racial and homophobic slurs, in her usual fashion.

If you try to view her account, you will receive an error that says, “The account you are trying to view has been suspended.” Azealia Banks’ behavior online (and in person) has given her a reputation, one that is not great, and she continues to come at people especially on Twitter. Do you think her account suspension will put a close to this? 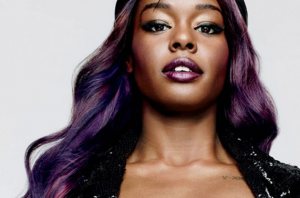