Chance the Rapper has released “No Problem,” a new track featuring Lil Wayne and 2 Chainz. The track was debuted on Beats 1 Radio with Zane Lowe just before the scheduled arrival of his new project, Chance 3. “No Problem” is the second track we have heard off the new album, after “Blessings” which was debuted last week on The Tonight Show Starring Jimmy Fallon.

The track shows a maturing Chance, and Lil Wayne even mentions some problems with his label, referencing his struggle to get off Cash Money Records when he says, “Free Tha Carter.” Lil Wayne’s inclusion on the track was not a surprise especially after he had teased the collaboration in March. A preview was also released via Snapchat by Chance.

Chance 3 is Chance’s first solo project since 2013. You can hear the track “No Problem” here. 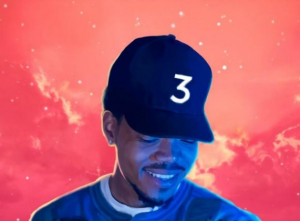