Shia LaBeouf has been casted as tennis star John McEnroe in Borg/McEnroe, which many are hailing to be a perfect casting. The film depicts the rivalry between tennis players McEnroe and Swedish player Björn Borg.

In a press conference, LaBeouf references his relationship to the film’s character and remarks, “Jake is me, and so is McEnroe. That’s it, man. I understand these people. I empathize with them. I get it. You just turn things up, you turn things down. It’s me.”

The film is directed by Janus Metz and will focus on the height of their rivalry in the ’70s and ’80s , especially the two Wimbledown finals in 1980 and 1981. While playing the role of a real life human can be difficult, we have no doubts that LaBeouf can pull this off flawlessly. We can’t wait to see some trailers! 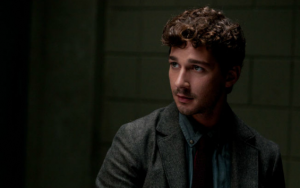