The Weeknd sent a strong message by canceling his set at Jimmy Kimmel Live upon discovering that possible Republican presidential nominee Donald Trump would also be appearing on the show that night. Both The Weeknd and Belly were set to perform Wednesday night, but cancelled last minute so as not to participate in a “celebration” of Trump’s controversial rhetoric.

In a statement to Associated Press, Belly said, “I feel like the way I was raised was to be able to see through all the titles in this world—from religion to race. I just didn’t want to feel like I was a part of a celebration for somebody who has beliefs that the majority of us don’t agree with.”

Trump did not mention the cancelations made by Belly or the Weeknd in his appearance on Kimmel and instead focused on controversial things he has done in the past including creating aliases for various purposes.

Kudos to the Weeknd and Belly for standing up for what they believe. 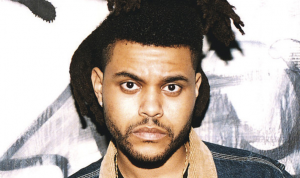