Heard’s request was granted by the judge, and Depp was ordered to stay away from her after he violently attacked her Sunday night. According to Heard, Depp “began obsessing over something that wasn’t true” and “became extremely angry.” He threw a cellphone at her, striking her eye and cheek with “extreme force.” She says he then began pulling her hair, striking her, and violently grabbing her face. Her friend Raquel Pennington entered the apartment when Depp began swinging a bottle of wine, destroying objects around the apartment.

Heard alleges that there were two other instances of abuse in the 15 months of their marriage. She said, “During the entirety of our relationship, Johnny has been verbally and physically abusive to me. I endured excessive emotional, verbal and physical abuse from Johnny, which has included angry, hostile, humiliating and threatening assaults to me whenever I questioned his authority or disagreed with him.” 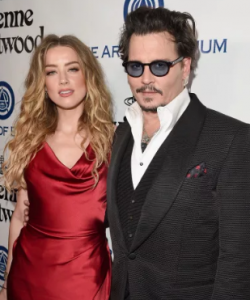