While we may not know for sure if Dope director Rick Famuyiwa is actually directing an upcoming DC comics superhero film, it is fun to speculate. The only two who would actually know for sure are Famuyiwa and Warner Bros., but some hints have been dropped. A close eye on his Twitter indicates he has been connecting with some major players in DC movies. He has started following DC comics, DC chief creative officer Geoff Johns, Wonder Woman, Wonder Womanactress Gal Gadot, Suicide Squad, Batman V Superman director Zack Snyder, Aquaman star Jason Momoa, Batman himself, Ben Affleck, and perhaps most intriguingly, Ray Fisher, who’s playing Cyborg in the DC films universe. These all seem indicative enough that he will be joining the DC universe.

DC has several upcoming movies without a director, including The Flash and Green Lantern Corps, which is set to join the Justice League film universe in 2020. There is also a Cyborg film starring Ray Fisher, also expected to drop in 2020.

We are looking forward to seeing if anything comes of this and we will keep you updated! 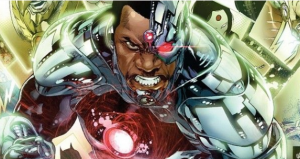