According to E! News and TMZ, Zayn Malik and Gigi Hadid are breaking up after seven months of dating. According to E!, the couple has had some rough patches but that there is room for “reconciliation in the near future.” In December, former One Direction member Zayn confirmed their relationship by uploading a photo on Instagram.

Their last big appearance together was at the Met Gala and before that, Hadid appeared in Malik’s music video for his single “Pillowtalk.”

The couple has not publicly announced their breakup but Hadid posted a selfie with Kendall Jenner indicating she may be single. 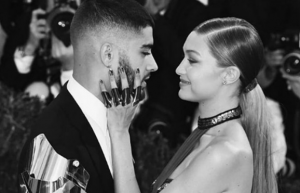