There must be something in the air, because so many couples have broken up lately. Demi Lovato and Wilmer Valderrama are now being added to the list. After six years of dating, the couple has declared that they are better off as friends. The two shared a joint statement on Twitter, which explained that their split was amicable and the decision was “incredibly difficult.”

The two have been pretty vocal about how supportive they are of each other, with Lovato often crediting him as one of the main reasons she was able to pull through her darker times. Back in 2015, she said,“We started dating when I turned 18… Right after that, I went to rehab. People told him, ‘You should probably leave. She’s on a spiral, and you’re going to be sucked down with it.’ But he was like, ‘I’m not leaving. This is somebody I really care about.’”

We are sad they are no longer an item, but we wish them both happiness. 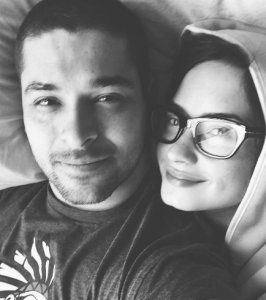