This weekend, the city of Orlando, Florida has undergone some shocking events. The Voice singer Christina Grimmie was shot at a signing at the Plaza and the following day, a shooter against club goers at Pulse Nightclub. Pulse Nightclub is an Orlando gay bar in the downtown area. The club is often frequented by young people, and Sunday night was not different than any other until the hours dwindled. On Sunday night, an armed gunman shot several club goers, killing 49 people. This marked the shooting as the worst mass shooting in U.S. history. Many communities and celebrities have come together to help with blood donation and funding funerals for the deceased.

Lady Gaga is one of the celebrities who has shown incredible support. At a Los Angeles vigil, the singer spoke in front of thousands, honoring the victims who lost their lives on Sunday night. A very emotional Gaga said, “I can’t help but feel that this level of hatred, like all prejudicial crimes, this is an attack on humanity itself. This is an attack on everyone. Tonight I gather humbly with you, as a human being, in peace and sincerity, in commitment and solidarity, to take a real moment and mourn the tragic loss of these innocent, beautiful people.” 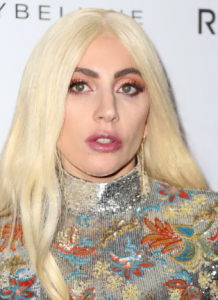