Lollapalooza Colombia has been cancelled after singer Rihanna dropped out because of a Zika virus concern. The virus has run rampant, and the two day event was cancelled entirely after the headliner dropped. According to Consequence of Sound, a suitable artist to take her place could not be found.

The event marked Lollapalooza’s first journey into Colombia with the event announced last year following the success of their events in Argentina, Chile, and Brazil. Acts that were set to play Colombia included Wiz Khalifa, Lana Del Rey, Disclosure, among others.

Unfortunately, this is not the only event in South America that has been affected by the Zika virus. The virus has caused lots of doubts about the summer Olympic games in Brazil that are to begin next month. According to Consequence of Sound, Lollapalooza is hoping to host an event in Colombia soon, and will be issuing full refunds to ticket holders. 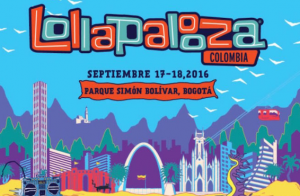