Jay-Z: Greatest Rapper of All Time 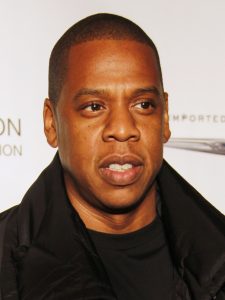 Completing the 20th year anniversary of Jay-Z’s debut album Reasonable Doubt has been a memorable moment for not only hip-hop but for music, and it plays a significant role in shifting the culture. Classic records like Can I Live?, Dead Presidents II, D’ Evils, Aint No N***a, still are songs that are known and influential in today’s culture.

HOV has sealed his title as the Greatest Rapper of All Time with his feature on DJ Khaled’s recently released single I Got the Keys, off Khaled’s upcoming album. The release of the song and the visuals put the internet in a frenzy. The video was released in black and white, with cameos from your favorite industry heavy hitters such as: Swizz Beatz, Rick Ross, Asap Ferg, and more. The visuals are being streamed exclusively on Tidal.

HOV flowing on 808 Mafia production with Future on the hook gives a sensational feeling that the game has needed. This is not HOV’s best verse. But the simple act of HOV being able to jump on this style of record, and do it so nonchalant, exemplifies who he is and where he stands. His delivery, confidence and ad libs on this new record show and proved to the world that he is the greatest due to his ability to be versatile.

For Jay-Z to be able to give us classics such as Reasonable Doubt, and 20 years later give his fans I Got the Keys shows his ability to adapt and make the transition as smoothly as possible. He showed the world that he is capable of creating modern music and he does it extremely well. Jay came into the game in the era of BoomBap, and he grew as hip-hop grew, every step of the way.

Jay-Z is the hip-hop artist to sell the most records with 15 albums going platinum not including all the collaborative projects. HOV epitomizes being the god of rap, by setting the standard in success, delivery, flow, and lyrics.

In Jay-Z we trust.