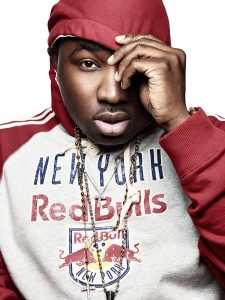 Rap being directly birthed by the inner city inhabitants of the United States is more than enough of an incentive for the US to dislike and discriminate the culture that most of us decide to identify ourselves with. Straight from the heart and soul of New York City, Rap grew to be the standard for US culture. But why does the US hate a genre so influential and substantial?

Troy Ave’s recent incident in Irving Plaza exemplifies the hatred that the US has for Rap culture. Troy Ave was recorded firing a gun in Irving Plaza the night of the T.I. concert, in which lead to him being officially indicted by the grand jury. His charges will be made public June 22, when he is scheduled to be arraigned in the State Supreme Court.

Ave’s incident has created a huge controversy throughout the US. Most officials have seen this opportunity as a means to be able to demonize the culture, make an example of Ave, and continue diminishing the culture as much as they are allowed to. Fact of the matter is, Ave is being treated completely unfair. In a country where we abide by “innocent until proven guilty,” guilty and innocent seem to switch positions at the convenience of US officials.

The NYPD has created a department that targets specifically any events or activity in relation to Rap/Hip-Hop. The department has been named “The Hip-Hop Police.” NYPD Police commissioner came out and spoke stating that Rap is nothing but a culture for thugs and criminals, overall generalizing the culture of Rap. His statement devalues any valuable MC that has ever picked up mic and blessed the universe with their words, or any true fan of the genre.

A factor of situations could have happened in Ave’s case, but the eagerness of the justice system to incarcerate another individual to use as an example in order to devalue the significance of Rap is the only thing on the US official’s agenda.

Ave could have been shooting in self defense, the guns found in his car could have been firearms from the attackers where they may have dropped the guns for whatever reason and Ave and his entourage possessed the weapons. But officials and media outlets refuse to see this is a possibility. Labeled as a thug or a criminal simply to abide by the double standard that is applicable in the US is the overall sum of this incident. The US does not love Rap and Ave is their scapegoat.

What happened the night of the incident is still yet to be determined. Lets hope for the most justifiable outcome. And remember, spread love it’s the Brooklyn way.