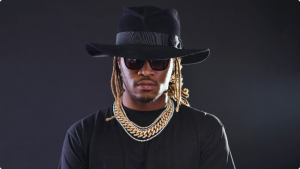 Future initiated the beginning of his career not only as an artist but a songwriter as well. Future Hendrix imprinted his name in mainstream America in 2011 with the release of his hit single “Tony Montana.”  Prior to the release of his single, “Racks” by YC was shaking the industry up which was written by Future, in which he received a lot of recognition for.

Future came into the game and shook everything up. Hit after hit Future has proven his significance and his credentials as an artist. His swag, his style, and his word play have literally shifted the culture and the current sound of Rap. From “Tony Montana” to “March Madness” to “Commas” to “Trap N****’s”  his harmonic rhythms never fail to have the club turned up.

Barbershop conversations will always debate what is Future’s most prominent project. It always seems to be head to head between Purple Reign, 56 Nights, Monster and his collaborative project with Drake What A Time to Be Alive, but opinions are always subjective.

Although the most prominent project is difficult to define due to his strong discography, 56 Nights is definitely the most intriguing. Not just due to the quality of content but the story behind the project. Future’s DJ, DJ Esco was sentenced to 56 days in a prison when arrested for possession of marijuana in Dubai. 56 Nights was DJ Esco’s expression of pain during his incarceration; the songs he put together was how he told you his story.

“The only melody I could remember was ‘March Madness’—he made that two years ago—because that’s the last thing I listened to on the plane,” stated Esco in an interview with Fader Magazine. Esco claimed that upon his release he rushed to buy headphones and listened to “March Madness” on repeat during his entire flight back from Dubai. Future claims 56 Nights is his best mixtape, and he proceeds to having Esco more hands on with any future projects.

Future seems to be here for the long run. Five years strong and he seems to be growing every single year. His growth has been exemplified from the being the guy with the catchy hooks to the most talked about artist. God seems to be blessing this Rap N***a.

Related articles across the web