Calvin Klein unveiled its latest fall collection via Snapchat on Thursday. Last season featured stars like Justin Bieber, Kendrick Lamar, and Fetty Wap, and this season is even better. The celebrities involved in this year’s campaign include Young Thug, James Rodriguez, Kate Moss, Grace Coddington, and last but not least, Frank Ocean. While Ocean still hasn’t released any new music yet, this was a surprising appearance.

You can see a teaser below, after all, we are used to teasers when it comes to Ocean. Enjoy! 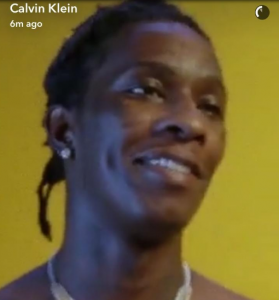