Pokémon Go was released globally last week and it’s clear that people are addicted (myself included). According to data from a market intelligence company SimilarWeb, the app is so popular that it has surpassed dating app Tinder in popularity, at least for Android users.

The app allows users to catch Pokémon all around the real world, even at the gym or Starbucks, then train these Pokémon and battle in gyms. According to the data, after just two days of the app being available in Australia, Japan, and the United States, the app had been installed on 5.16% of Android phones, and Tinder was downloaded on only 2% of Android phones.

Some data has also been retrieved about the app’s usage, with an average of people using the app for 43 minutes and 23 seconds per day. Android users typically use apps like Whatsapp and Instagram for just over 25 minutes a day, as a comparison.

The app’s launch has sparked a rise in Nintendo’s stocks by 20% since the game was released last week.

What Pokémon have you caught? How much time do you spend on the app? Let us know! 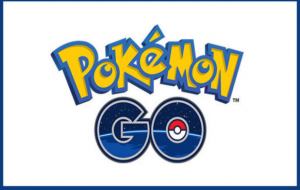