If you aren’t riding the Pokémon Go train, you are definitely missing out. The augmented reality game brings 90s dreams to life, allowing players to catch Pokémon in the real world. The game has blown up since its release last week, with downloads exceeding those of Tinder. You can catch Pocket Monsters at your local park, Target, in your neighborhood, and even concentration camps. The game has been applauded for its positive impact on players’ mental health and encouraging users to get outside, however, the game is somewhat encouraging carelessness and distraction.

Pokémon have been caught at the 9/11 Memorial in New York City, along with locations worldwide including Auschwitz in Germany. Niantic made a statement saying they would be removing certain landmarks from the game. The statement read, “After we were made aware that a number of historical markers on the grounds of former concentration camps in Germany had been added, we determined that they did not meet the spirit of our guidelines and began the process of removing them in Germany and elsewhere in Europe.” 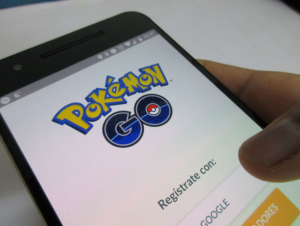