Big Pun was the first Latin Rapper to go platinum. Arguably one of the best rappers of all time, with a delivery so mean that it made him your favorite rapper’s favorite rapper. But Big Pun was more than just a rapper, he was an icon who created an identity for Latin Americans growing up in the US.

Christopher Lee Rios, Big Pun, was a fat Puerto Rican from the Bronx, NY. His whole style and charisma made it cool to be a fat Latino growing up in the US. I remember listening to Pun as a kid, and it was a breath of fresh air to know that I had someone who I can relate to, and identify myself with.

I remember watching Pun’s Rap videos, with jewelry, money, cars, clothes, and not to mention how he was surrounded by pretty women, and I felt pride. I felt pride in knowing that a Latino opened the door for other Latinos in the industry, and gave us a voice. Not to mention that he went against the sex appeal norms because Pun was fat, and he made it cool to be the fat Latino, both of which I was. His public image boosted my confidence and allowed me to comfortable with myself because I related, something that I wasn’t too used to at the time.

But Pun was more than that because he could Rap his ass off. His bars were phenomenal, and his delivery was illustrious. Pun throughout Rap is one of the most respected MC’s to ever pick up a mic. Admired by your favorite rappers. His witty bars allowed him to differentiate himself from others and establish a presence in the industry. 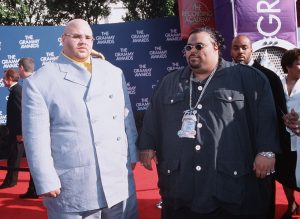