Qandeel Baloch, Pakistani model, actress, and social media celeb, was murdered in her parent’s home in Pakistan either late Friday or early Saturday morning. According to investigation and some interviews with her parents, she was strangled by her brother in what is being called an “honor killing,” or the killing of a family member (usually female) who is thought to have brought dishonor upon the family. She was 26 years old and police are still actively looking for her brother.

Baloch has been a controversial figure in Pakistan because of her support of women’s rights and her posting photos of herself in makeup and clothing that is considered indecent by the conservatives in her world. Threats had been made against her life in the past and just a month ago she had made a request for security and protection from the government in addition to debating leaving Pakistan. There are rumors about what exactly started the fight with her family, but several sources say that a photo with a Muslim cleric is what lead to her murder. 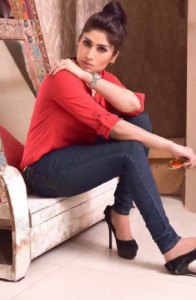