Lady Gaga and Taylor Kinney have reportedly split up according to TMZ. The couple ended the five year relationship by parting ways earlier this month. They also pointed out how Gaga has been going out without her engagement ring recently. The couple was engaged last Valentine’s Day when Kinney proposed with a heart shaped ring.

The break up hasn’t been confirmed by the couple but there are rumors that suggest the break up was caused by their work. “Their work kept them apart a lot,” a source told People. ”Chicago Fire keeps him in Chicago and her work is almost always elsewhere.”

There were several rumors surrounding the couple, including one that the couple was secretly married. This has not been confirmed though. If the two really are split up, we wish happiness for both of them. 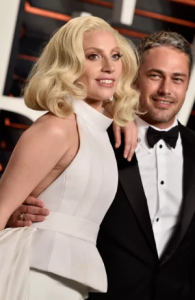